In the last episode we had a bit of an issue... I was trying to store an enum value in UserDefaults, thinking it would automatically use the backing rawValue to store and load the value. Unfortunately this doesn't work. In this episode we fix this issue and extend our solution to also accommodate other data types by leveraging Codable and a custom protocol.
#421

UserDefaults is quite a handy class for storing user user preferences and lightweight data. However the data is keyed by strings and there's no enforcement of any schema or validation of the data you put in it. In this episode we will look at a technique for making strongly typed access to data in UserDefaults so that we can avoid mistakes when typing the key name or the type of data intended to be written to that key.
#420

Now that Swift Package Manager has started to see some adoption and we have some integration inside of Xcode, I think it's time to take a deeper look at how to use it both as a consumer and as a library author. In this episode we'll create a DiceKit library using SwiftPM, then use it in a command line utility.
#419

To wrap up this series, we add a new model to track and persist the progress of playing episodes. We also restore the player and playback position when coming back from a cold launch.
#418

In this episode we create the UI for our playlist screen, showing episodes from each of the subscribed podcasts. On this screen we combine NSFetchedResultsController with UITableViewDiffableDatasource so that our playlist screen can react to changes to the underlying data and reload as necessary. We do this using the automaticallyMergesChangesFromParent on our NSManagedObjectContext.
#417

Before Swift 5 we used to write our own Result type to contain a value or an error (but never both). A lot of 3rd party libraries brought along their own as well. Then Swift 5 came and brought us Result. Not only is it slightly different than the ones we might be familiar with, Swift's Result type also has some useful functionality up its sleeve.
#416

Updating Feeds in the Background

In this episode we update all of the episodes in the background when the application is launched. We leverage Operations to do this work and set the qualityOfService to prefer foreground work that the user is actively requesting.
#415

Importing Episodes from a Feed

We finish off our operation to import all the episodes given a podcast id and save into the core data store. We also implement a FeedImporter class that listens for new subscriptions in order to kick off the import when a user subscribes.
#413

Our current SubscriptionStore is too tied to the main core data context. In this episode we'll split this behavior on to a new type that will manage persistence for us, as well as implement a solution to solve the problem of core data being initialized asynchronously. We want to delay our app's UI until we have a context we can use.
#412

Setting up Core Data for Episodes

In preparation for us to have a playlist of episodes ready to play in the app, we need to save the episodes to our Core Data store. In this episode we create the Episode model and associated class.
#411

Sending notifications in your apps is a great way to signal events without having tight coupling between the interested parties. However, in practice this means creating notifications using string names, and passing data as an untyped dictionary means there is opportunity for misspellings and misunderstandings in what data will be passed for which notifications. This can lead to bugs and crashes. In this episode we'll look at creating a more Swift-friendly type-safe wrapper around notifications.
#409 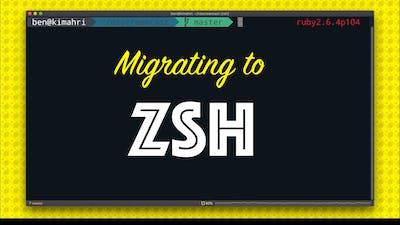 The new default shell in macOS Catalina is zsh. If you're like me and have been using Bash for years, this is probably a good time to make the switch. In this episode I will go over installing zsh, adding a little configuration as well as some of the features it has over bash. I'll also install oh-my-zsh and customize my prompt using Powerline fonts. Finally I'll import some well-used Bash aliases and functions that I've used for years.
#408 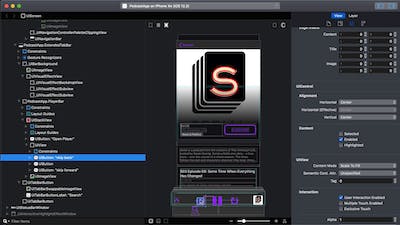 We take our player bar and install it into a custom tab bar. To do this we have to create a custom tab bar controller and tab bar subclass and mix it with just a little bit of questionable UIKit hackery to get it to layout how we want. We'll talk about the tradeoffs for different approaches as well as see some useful debugging tips when a button isn't responding to taps.
#407 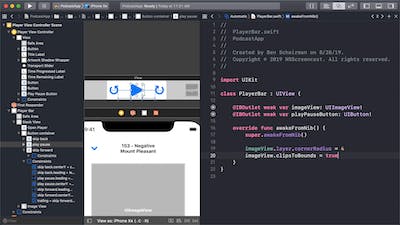 We have a player but there's currently no way to bring it back up after dismissing it. In this episode we'll design a persistent player bar that will control the player and will be allowed to live outside its view controller.
#406

Sometimes we need to create variants of our icons. This can be done by using template images and using a UIImageView with a tintColor change, however sometimes this isn't feasible. We can use our icons along with a mask to create new images of whatever color we want. In this episode we'll use UIGraphicsImageRenderer to quickly draw a new dimmed image for a highlighted button state.
#405 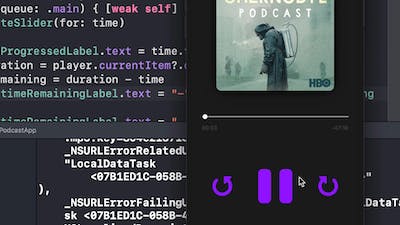 In this episode we implement one of the core functions of a podcast player: playing audio! Using AVPlayer we load up the track and observe its progress so we can update the UI to reflect time progressed, time remaining, as well as allowing the user to scrub to a position in the track.
#404 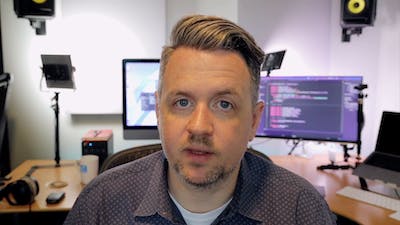 We've spent a lot of time dealing with the data, networking, architecture, and overall theme of our podcast app, but we haven't yet written a player! So in this episode we start the process of designing our player screen. We'll start by adding all of the controls and views to our PlayerViewController, wire everything up, and customize the look & feel to match our Sketch design.
#403 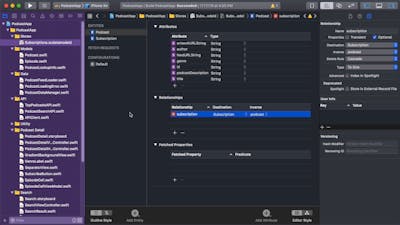 Setting up Core Data to Save Subscriptions 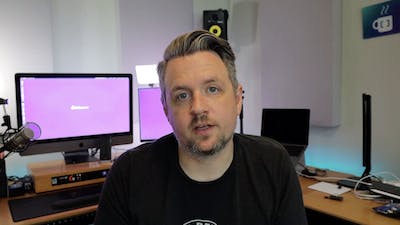 We have some housekeeping to do in this episode. We also want to add a little polish to the podcast detail screen so that it doesn't resemble a stock table view driven app. We also need to clean up the data model a bit in preparation for persistence, and we also want to remove the pesky html tags that show up on the podcast and episode descriptions.
#401 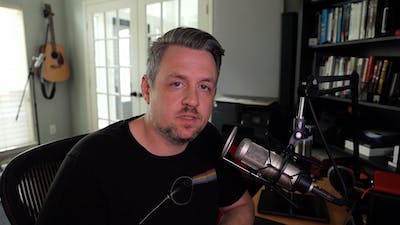 In this episode we extract episode information from the podcast feed and render them as cells on the podcast detail screen.
#400 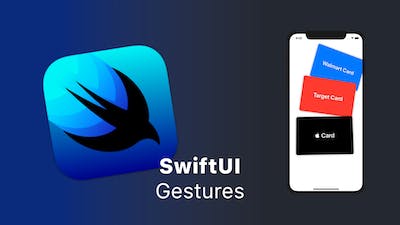 Attaching gestures works quite a bit differently in SwiftUI than in UIKit. In this episode we will look at the @DragGesture property wrapper and how we can use gestures to update custom state that we can then use to transform our UI.
#399 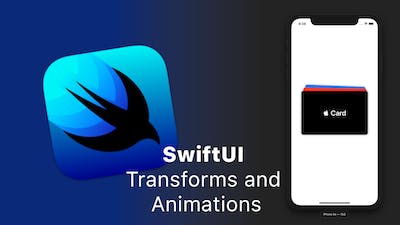 SwiftUI's declarative nature makes building UIs incredibly easy. In this episode we will build a wallet UI with cards. We will create a CardView so we can reuse it in multiple places. Then we will use transforms to alter it's size and position. Finally we will see how declarative animations work as we expand the cards apart.
岛国av无码免费无禁网站_岛国在线无码免费观_岛国一区二区三区视频在线