Sometimes we need to create a quick icon and we don't have a designer handy. Usually in these situations I lean on icon packs like Parakeet Primaries or Glyphish. Lately I’ve needed some icons that aren’t available in packs like these, or the license isn’t suitable for what I want to use it for. In those situations I use Sketch to create icons myself. I’m no graphic designer, but I have found it helpful to know how to create basic things and export them for use in iOS projects. In this episode I design 2 icons that we’ll use in a future episode.
#301

In this episode we take the captured image and run the perspective correction filter on it in order to turn a skewed rect back into a flat rectangle. We then display the image on the screen for a few seconds as a preview mechanism.
#300

In this episode we implement features that make the app feel more like a camera. When tapping the screen, we play the system camera shutter sound using AudioServices, then we add a small but useful flash effect to reinforce the fact the user took a photo. We'll also talk about a strategy for capturing the image by using a flag.
#299

We get smarter about drawing, this time leveraging a custom path so we can display non-rectangular outlines.
#298

In the last episode it was clear our coordinate math was wrong. But why? We will answer that question and solve the problem. We also add code to hide the box if it hasn’t detected a rectangle for a few seconds.
#297

Drawing on Top of the Video Preview

We learn how to convert a CMSampleBuffer into a CIImage and how to set up our CIDetector to detect rectangles. We then draw a box around the detected rectangle and discuss why adding simple subviews won't work with full screen sublayers.
#296

We set up the preview layer so we can see the video, then we add a sample buffer queue so we can get access to the individual frames of the video coming through the capture session.
#295

Setting Up The Project

We start by setting up the project to take photos. We start by disabling rotation, which is typical of a camera app. We then add the appropriate Info.plist entry so that we can inform the user why we need camera access. We organize the view controller intro sections to keep things tidy as we add code to the project. Finally we setup the camera capture session, which is the first step to capturing video from the camera.
#294

In this introductory episode I show the finished version of the application we will be building in this series.
#293 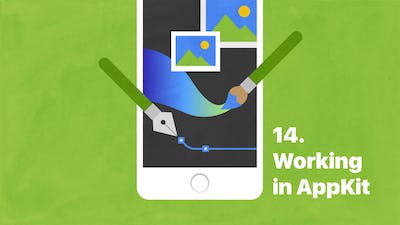 Core Graphics is a cross-platform technology, but there are some gotchas to consider when working on mac apps with AppKit. Sam will go over some of these differences to help you avoid some common pitfalls.
#292 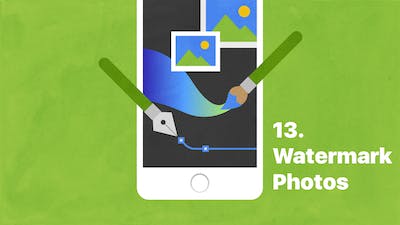 In this episode we’ll learn how to draw images with core graphics, then watermark a photo by drawing text overlaid on top of it.
#291 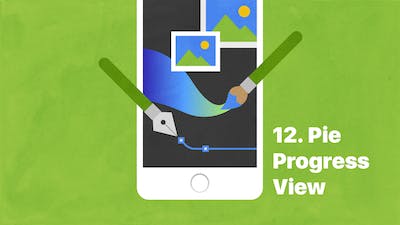 In this episode we’ll leverage what we've learned to create a reusable control that will show progress as a path outlining a circle, complete with animation.
#290 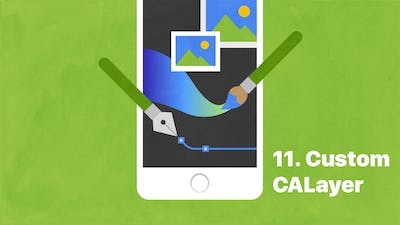 In this video we’ll learn how to use custom drawing with CALayers to support implicit animations.
#289 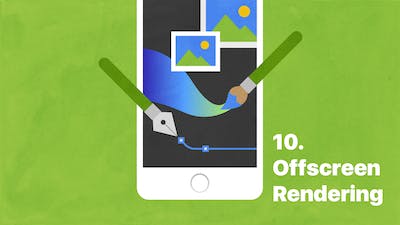 Occasionally you will want to do some custom drawing, but not have that presented directly on the screen. Sometimes this is to "bake" the drawing into an image for faster scrolling performance (a single flattened image can be sent to the GPU easily without having to composite a bunch of views together). This is also often used to resize images that are too large for the intended view. This episode covers drawing to a custom context offscreen and obtaining an image out of it.
#288 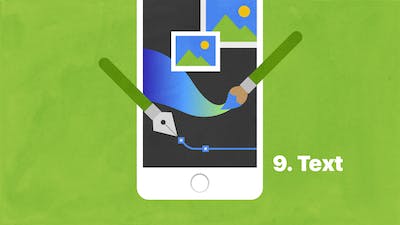 In this episode, Sam shows how to draw text using Core Graphics. With this technique you can easily add text to images for pre-rendering, a technique we will see in another episode in this series.
#287 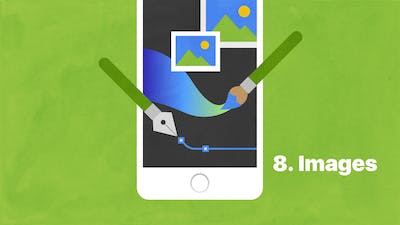 Sam shows how to use Core Graphics to draw images, which you might want to do if you want to blend techniques we’ve seen so far, such as clipping paths or gradients. Drawing images with Core Graphics is also useful to resize images if needed (perhaps if the API is returning one that is too large and you want to cache a thumbnail on device). You’ll also learn about a handy function to help you with aspect ratio math!
#286 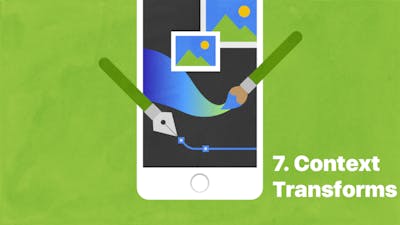 Transforms allow you to draw things rotated, moved, or scaled differently than you specified. You can use this technique to reuse drawing operations where they only differ by some small factor (like drawing lines on a graph), to tilt things like text, or to correct issues where the drawn element is upside down or sideways. In this episode, Sam shares a helpful technique of drawing a grid with a highlighted "origin square" to make it obvious what the transforms are doing.
#285 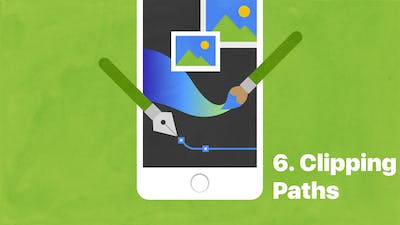 Clipping paths allow you to control where drawing occurs by providing a path in which to limit future drawing operations. Since you can create arbitrary shapes with CGMutablePath (and UIBezierPath) this can be an essential technique to get the drawing effect in some situations.
#284 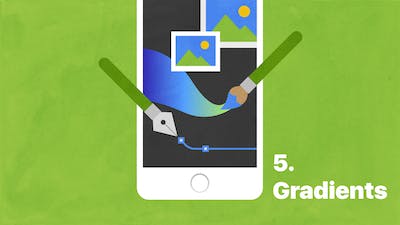 Gradients are slowly returning to be part of the common iOS design aesthetic once again (after iOS 7 introduced an entirely flat design paradigm). Subtle gradients can be used to create interesting designs, provide necessary contrast for drawing text on top of photos, and provide a realistic feel to custom controls. Learn how to create linear and radial gradients, how to define custom locations to control the position and "shape" of the gradient.
#283

What are color spaces? Sam discusses the common color spaces you might use and what they are used for. Why would you use these methods instead of just using UIColor? If you want cross-platform compatible drawing code, you’ll want to know how this works.
#282

Learn the basics of UIBezierPath and CGPathRef for representing drawing operations as a primitive type. Paths are incredibly useful to drawing and can be used to represent arbitrary lines, curves, and shapes.
#281 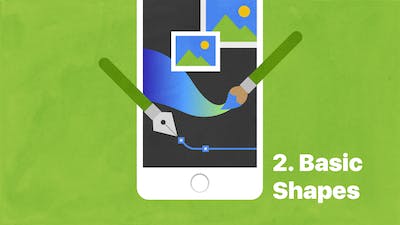 Learn how to create basic shapes using Core Graphics. We’ll start by creating a playground that we can use to quickly see the results of our work.
#280 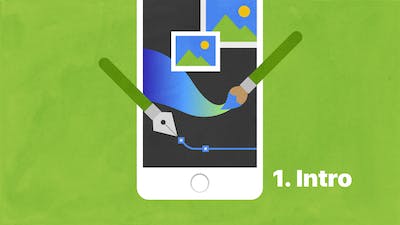 Sam introduces the new series on Core Graphics, what to expect, and what the series covers.
#279

We tackle some more complex (read: realistic) scenarios where the JSON structure doesn’t quite match the structure of the objects. We’ll do this by providing custom implementations of Encodable and Decodable, talk about keyed and unkeyed containers, and how you might be able to transform the date during the encoding process
岛国av无码免费无禁网站_岛国在线无码免费观_岛国一区二区三区视频在线